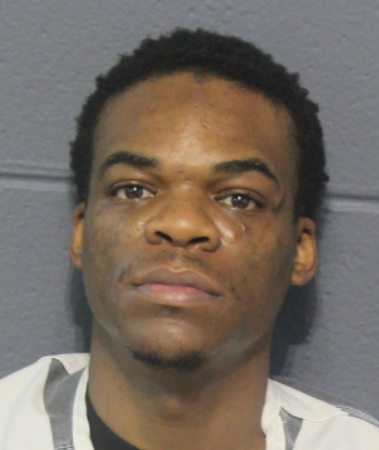 On March 14th, 2022, about 6 a.m., officers with the St. John Parish Sheriff’s Office Special Operations Division were on proactive patrol in the area of Interstate 10 eastbound near mile marker 200 where they observed a vehicle impeding the flow of traffic in the left lane as it traveled eastbound.

Officers initiated a traffic stop and attempted to make contact with the driver, later identified as David Hester. Hester first exited the vehicle, but then re-entered the vehicle several times, reaching around multiple areas inside the vehicle, ignoring officers’ command to remain outside the vehicle. Eventually, Hester complied with commands, exited the vehicle, and he was detained. A computer check revealed that Hester was a felon with an extensive arrest history including charges for flight from an officer, aggravated assault with a firearm, battery on a police officer and illegal carrying of weapons.

As officers approached the front passenger side of the vehicle, they made contact with a passenger, later identified as Alexis McKinney.

Through further investigation, officers discovered that Hester was not a licensed driver, and Hester and McKinney were traveling from Houston, Texas to New Orleans.

A SJSO K9 team was then utilized and alerted officers to the odor of illegal narcotics coming from Hester’s vehicle. During a search of the vehicle officers located 22 Tramadol pills, a backpack containing 10 kilograms of cocaine, and a shopping bag with five kilograms of cocaine. Officers also recovered $12,907 in cash.

Hester was booked with driving on right side of road; exceptions; driver must be licensed; possession with intent to distribute cocaine (felony); and possession of schedule IV CDS. He has been transferred to the Catahoula Correction Center.

McKinney also was arrested and charged with possession with intent to distribute cocaine (felony); and possession of schedule IV CDS. She was released March 15, 2022.