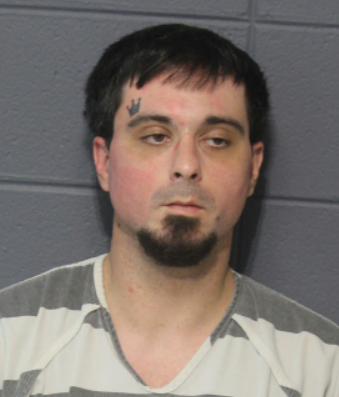 Richard Ruffino II, 29, of LaPlace, was arrested March 9, 2022 in connection to an illegal drugs investigation.

After receiving complaints of illegal narcotics activity in the 800 block of Marjorie Court in LaPlace, detectives with the St. John the Baptist Parish Sheriff’s Office Special Operations Division began a narcotics investigation in late February. Over the course of the investigation, detectives identified Ruffino as a suspect. Based on investigation, detectives obtained a search warrant of Ruffino’s residence. On March 9, 2022, officers executed the search at the residence on Marjorie Court. Upon arrival, detectives apprehended Ruffino for an active arrest warrant for distribution of cocaine.

During a search of the residence, detectives located a box containing Xanax, cocaine, methamphetamine, MDMA, drug paraphernalia, and a firearm. The firearm was a 9mm handgun with no serial numbers or identifying numbers, also known as a “ghost gun.” Detectives also located marijuana and additional drug paraphernalia in the house.