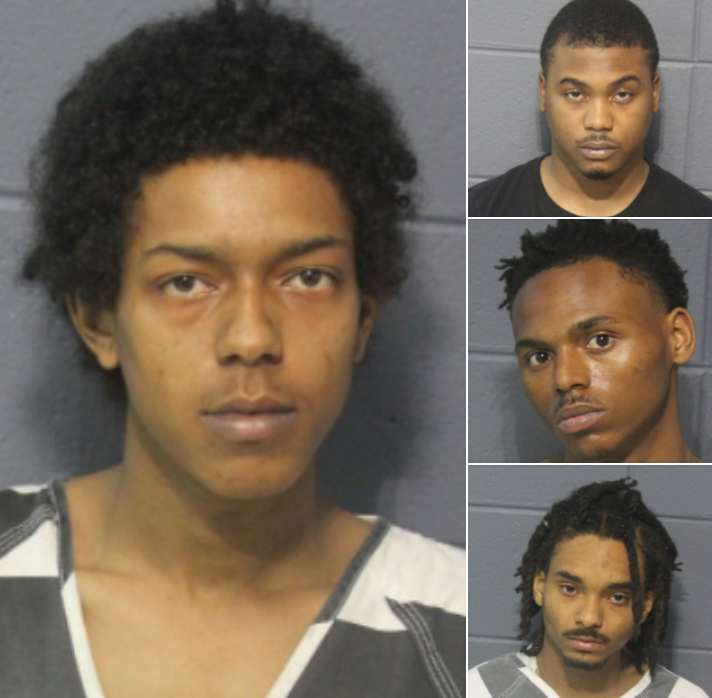 On February 24, 2022, about 11 p.m., officers were on proactive patrol in the Reserve area when they were alerted to a vehicle reported stolen in a carjacking in New Orleans. Officers located the vehicle in the area of U.S. 61 and East 22nd Street. As officers attempted to make a traffic stop at Homewood Place, the driver refused to stop. The vehicle continued to travel on Homewood Place, to Inez Street and to East 12th Street Extension, accelerating in speed, turning east on U.S. 61 toward LaPlace, driving through red lights on U.S. 61. The driver continued to travel on U.S. 61, turning onto Belle Terre Boulevard in LaPlace.

The vehicle entered onto I-10 East, accelerating in speed, then abruptly exiting the 209 off ramp. As it approached U.S. 51, the vehicle came to a stop in a grassy area. Four males exited the vehicle and fled on foot southbound on the vehicle emergency lane then into the marsh. With the K9 team, officers canvassed the area and apprehended the four subjects, identified as Pope, Reed and Rhinehart, all convicted felons, and Williams.

Officers located narcotics and a magazine with bullets in a satchel bag around Rhinehart’s neck. They also discovered two bags of marijuana on Reed’s person. Officers located a pistol in the grass area near the marsh. An AR-15 style pistol was found in the vehicle and an AR-15 magazine was located on the ground near the vehicle.

Williams was charged with illegal possession of stolen things (felony); illegal carrying of weapons w/controlled dangerous substance; aggravated obstruction of a highway of commerce (felony); aggravated flight from an officer by vehicle (felony).

As of this morning, bonds for the subjects had not yet been set.