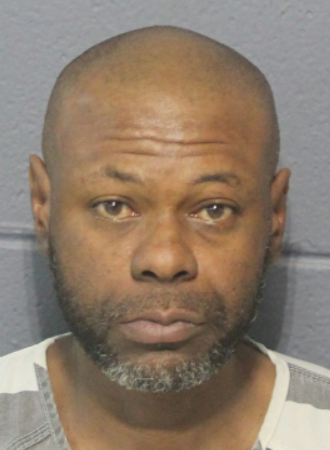 Two Baton Rouge men and a LaPlace man were arrested Monday, December 20, 2021, following a shoplifting complaint and leading officers on a brief chase on Belle Terre Boulevard in LaPlace. Arrested were Dwayne Williams, 40, of LaPlace; and Calvin Waters, 45, and Quentin Brown, 40, both of Baton Rouge.

On Monday, December 20, 2021, about 1 p.m., officers responded to a complaint in reference to shoplifting from a business in the 1300 block of West Airline Highway in LaPlace. Upon officers’ arrival, three suspects had departed the business. Deputies were provided descriptions of the suspects and a description of the vehicle in which the suspects left the area as the driver and passengers. Shortly after, officers located the suspect vehicle on Belle Terre Boulevard. As officers attempted to stop the vehicle, the driver sped westbound towards the I-10 on-ramp. A brief pursuit ensued. The driver of the suspect vehicle, later identified as Waters, along with two passengers, later identified as Brown and Williams, crashed into the marsh where they were immediately taken into custody. No one was injured.

Through investigation, officers discovered that Waters, a convicted felon, threw a gun with an extended magazine into the swamp. The SJSO dive team was able to recover the gun in the water near the crash site. Officers also discovered evidence in the vehicle related to the shoplifting incident. During booking, officers located crack cocaine in Waters’ sock.

Waters was charged with reckless operation of a vehicle (misd), accessory to theft (misd), flight from an officers by vehicle (misd), illegal carrying of weapon with CDS, possession of firearm/carry concealed weapon by convicted felon (felony), possession with intent to distribute crack cocaine (felony). He is being held in custody in lieu of a $21,750 bond.