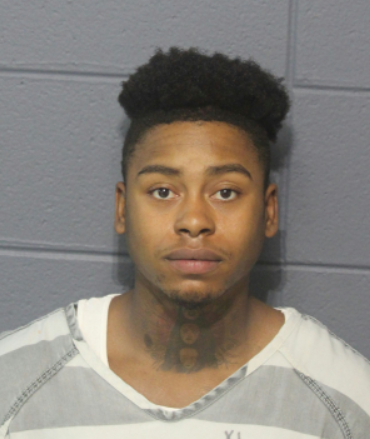 On Sunday, December 19, 2021, about 1 p.m., deputies responded to Interstate 10 at the Belle Terre exit in LaPlace in reference to a driver of a vehicle with a California license plate, firing multiple shots at another vehicle traveling I-10 westbound.

While enroute to the Belle Terre exit, responding units were able to locate and stop the suspect vehicle on the southbound side of Belle Terre Boulevard. The suspect, identified as Laurent, was apprehended. Deputies also observed a gun on the floor board.

The investigation led officers to believe that this was a road rage incident. Laurent told officers he became upset as he was driving east bound on I-10 entering LaPlace where a driver of an SUV kept changing lanes, causing him to swerve into the median. Based on further investigation with witnesses, officers learned as the victims’ vehicle attempted to pull away from Laurent’s vehicle, he rolled down the passenger side window and fired two shots into the the SUV’s driver side door. The driver of the SUV stopped the vehicle on the highway. Laurent then stopped his vehicle, exited the vehicle, walked to the rear of his vehicle then fired several more rounds in the direction of the SUV. The SUV then fled the scene, and the victims called police. Laurent then returned to his vehicle and exited the interstate.

No one was injured.

Laurent was booked with two counts of attempted second degree murder, aggravated criminal damage to property (felony) and illegal use of weapons or dangerous instrumentalities. He is being held in custody in lieu of a $342,500 bond.

Anyone who may have witnessed this incident is asked to call Captain Brandon Barlow of the Criminal Investigations Division at 504-494-2674.