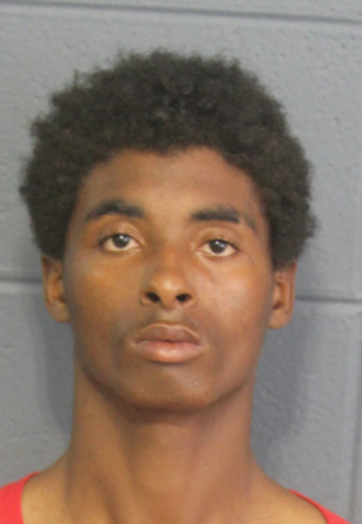 Desmond Kelson Jr., 20, of LaPlace, was arrested January 4, 2022 for burglarizing a LaPlace business on Christmas Eve.

Officers began an investigation last week when the manager of a business in the 1600 block of West Airline Highway in LaPlace reported a burglary at the business on December 24, 2021. On the morning of December 25, 2021, employees discovered that the glass door to the business had been damaged.

Reviewing surveillance video, officers observed a male subject approach the business on a bicycle. The male then got off the bike, grabbed an unlocked padlock from an outside ice machine, and threw the pad lock into the entry door, causing the door to shatter. The male entered the business through the damaged door, but quickly exited after hearing the business’s alarm sound off. The male then fled on the bicycle east on Airline Highway. Shortly after, the same male subject returned to the business on the bike, entered the store, and stole gloves and a winter cap. Through investigation, detectives developed Kelson as a suspect.

Based on investigation, detectives obtained a judicial warrant for his arrest. Detectives located Kelson in Kenner where he was apprehended. He was charged with simple burglary – immovable structure. He is being held in custody in lieu of a $20,000 bond – no 10 percent.