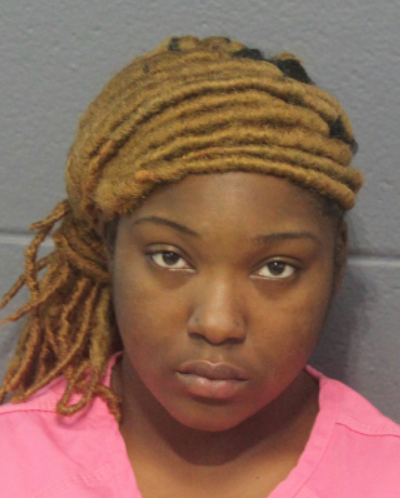 Terriona Ford, 22, of LaPlace was arrested November 8, 2021 about 8 a.m. for recklessly driving an all-terrain vehicle through a LaPlace neighborhood.

Patrolling the area of Carrollwood and Greenwood drives, officers observed a four-wheeler travelling on the roadway at a high rate of speed. The driver, later identified as Ford, refused to stop, continuing to travel at a high rate of speed without yielding to traffic. Officers observed Ford driving onto the sidewalk, off and on the street, causing drivers to move out of the way for fear of being struck. Eventually, the driver came to a stop at Madewood Drive where responding units blocked the roadway.

Ford was booked with aggravated flight from an officer (felony), criminal sanctions for operating motor vehicle not covered by security, and reckless operation of a vehicle (misd). She is being held in custody in lieu of a $11,500 bond. The ATV was seized.

The passenger, Michael Ballansaw, 30, of Reserve also was arrested on a contempt of court warrant.

The St. John Sheriff’s Office has been receiving several calls from citizens complaining about people recklessly driving four-wheelers in neighborhoods on the east and west banks of St. John Parish.