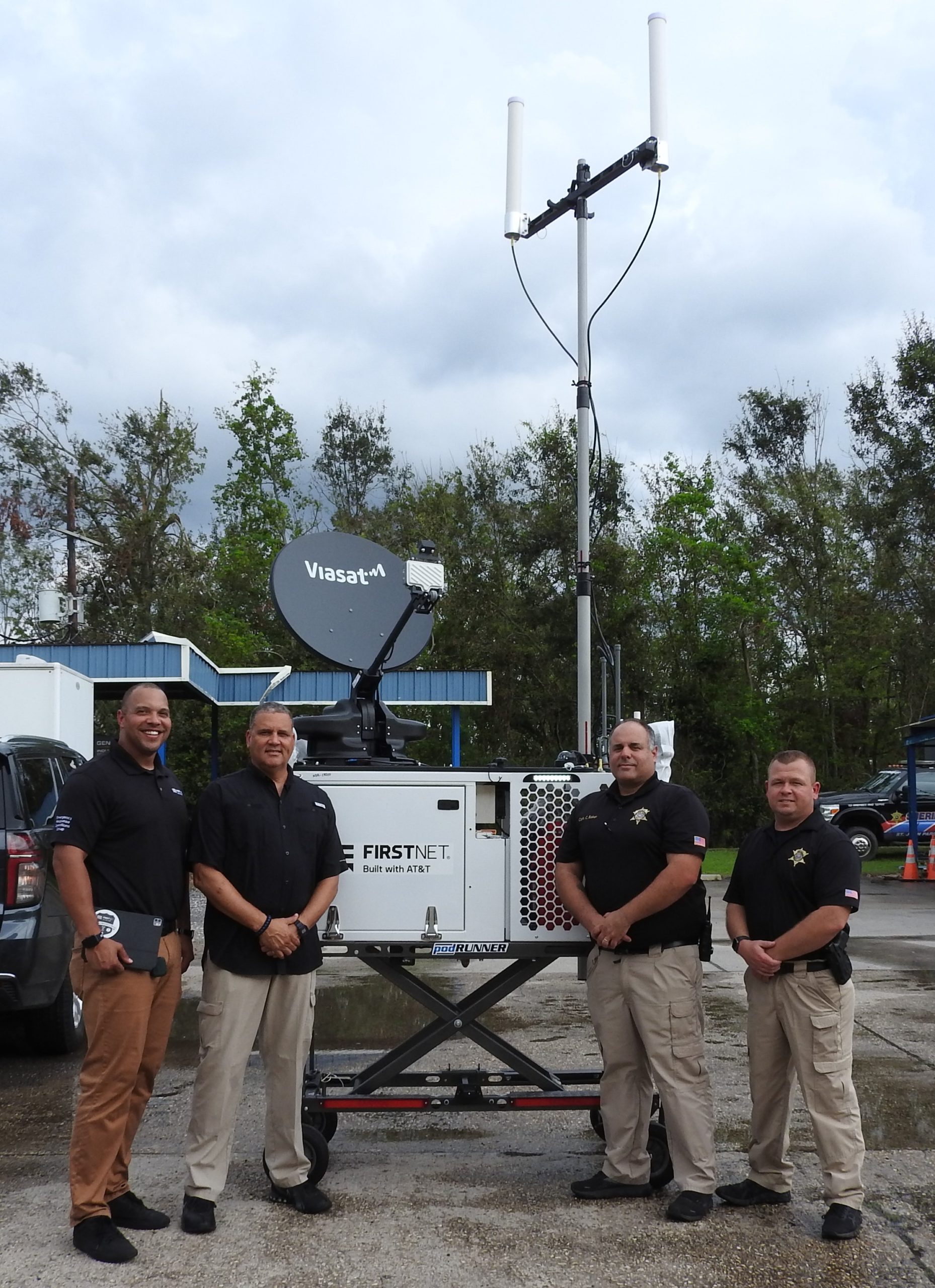 Captain Conrad Baker gave a favorable report of storm response relating to communication in St. John Parish by AT&T and Firstnet, stating that personnel quickly addressed issues and concerns of first responders. The group also talked about AT&T’s plans for improving infrastructure and enhancing 911 capabilities and reliability in the parish’s 911 Center.

After the meeting in LaPlace, AT&T donated a new state of the art Firstnet Compact Rapid Deployable Tower system, to the SJSO IT Division. This “Cell Tower on Wheels” is one of the first issued in the state and can be used anytime the SJSO is in need of WiFi, Internet or cellular coverage during an emergency or special event. The system is easily transportable with satellite backhaul and can be set up in less than 10 minutes when a scene or event is in need of communications.

On hand for the delivery of the portable cell tower were Shannon Browning of FirstNet with Sheriff Mike Tregre and the SJSO IT team, Capt. Conrad Baker and Sgt. Jason Triche.