Looters Arrested in Reserve and LaPlace 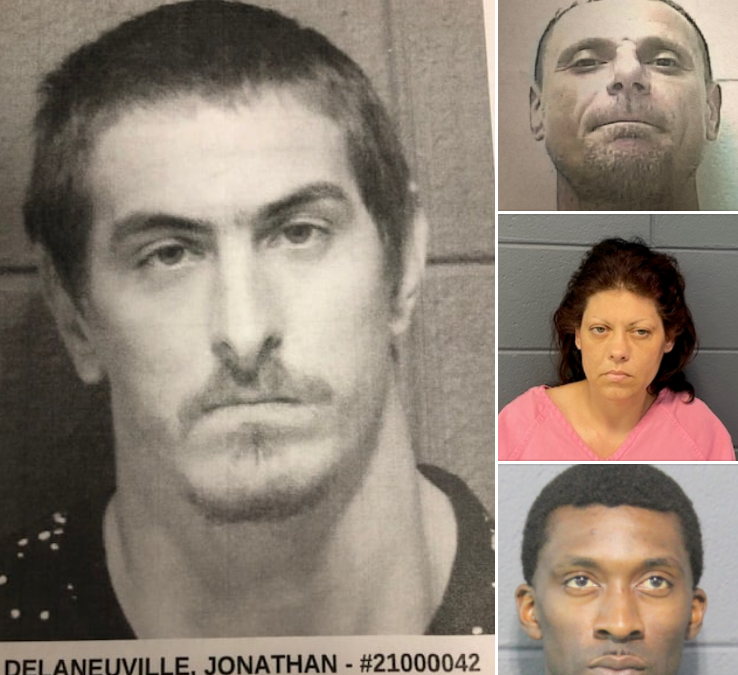 Nine people have been arrested as of September 5, 2021 for looting in separate incidents in LaPlace and Reserve. They are Gregory Melancon Jr., 32, of Reserve, Joekur Jones, 24, of LaPlace, and Zeciea Dorman, 21, of Richmond, Va.; Austin Delouise, 32, of Baton Rouge and Lauren Billings, 23, of LaPlace; a 16-year-old male juvenile from LaPlace; and Shane Baker and Sylvia Baker and Jonathan Delaneuville, all of Reserve.

Melancon Jr., Jones and Dorman were arrested for looting a LaPlace storage company. Their bonds were set at $10,000 each, and all have bonded out. Melancon also was wanted on contempt of court warrants.

The 16-year-old male juvenile was arrested for looting a LaPlace residence and charged with simple burglary – immovable structure. He was released to his father.

During the aftermath of Hurricane Ida, Sheriff Mike Tregre stresses there will be no tolerance for looters. “No misdemeanor summons will be issued for looting,” Sheriff Tregre said. “These criminals who try to take advantage of people at a time when they are suffering tremendously will be arrested and will go to jail.”

A Louisiana Sheriff’s Association task force, Louisiana State Police, as well as officers from law enforcement agencies throughout the country have arrived in St. John Parish to help with patrols and recovery efforts.