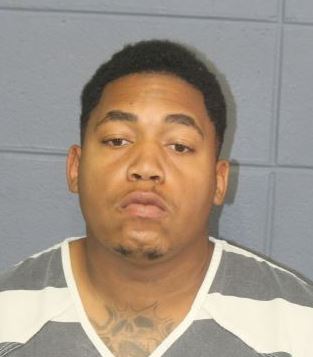 Brothers Keith and Jazell Williams face multiple drug charges after detectives with the Special Operations Division executed a narcotics search and seizure warrant Thursday, April 29, 2021 at their residence, 350 Historic East Street in Garyville.
While searching the residence, detectives located 522 grams of crack cocaine, about 36 grams of marijuana, 76 MDMA pills, and $2,803 in cash. Detectives also located a black Palmetto rifle, a Glock handgun, four digital scales, a box of plastic bags, and a razor blade with cocaine residue.
After a two month investigation of the brothers, detectives obtained a judicial warrant. While executing the warrant, detectives located Keith, 46, and Jazell, 27, at the residence. Both Williams were charged with possession with the intent to distribute marijuana, possession with intent to distribute cocaine, possession with the intent to distribute methamphetamine, possession of a firearm with a controlled dangerous substance, and possession of drug paraphernalia.
Jazell was arrested and booked into the Sherman Walker Correctional Center on April 29, 2021. He was released Friday, April 30, 2021. An arrest warrant was issued for Keith. Due to health issues, Keith will be booked at a later date.