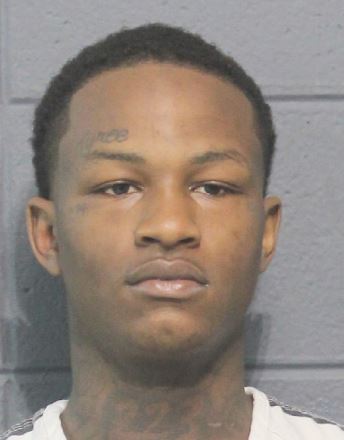 A LaPlace juvenile wanted in connection to an armed robbery in a LaPlace neighborhood has been arrested. Brandon Fleming, 17, was arrested March 15, 2021. The St. John Sheriff’s Office is identifying Fleming based on charges, which are felony-grade delinquent acts involving a dangerous weapon.
On Sunday, March 14, 2021, about 3 p.m., deputies responded to a complaint of an armed robbery that occurred near the intersection of Concord and Rosedown drives in LaPlace. Upon arrival, officers made contact with the 17-year-old male victim who reported he was walking home when a white Chevrolet Monte Carlo SS with silver rims pulled up behind him. A male subject, identified as Fleming, exited the passenger side of the vehicle and demanded the victim’s possessions as he lifted his shirt to reveal a handgun tucked in the waist band of his pants. When the victim refused to hand over his possessions, Fleming attempted to rob the victim and struck him in the face with the gun. Fleming then returned to the car, and the vehicle fled the scene.
The victim refused medical treatment.
Based on investigation, detectives with the Criminal Investigations Division obtained a judicial warrant for Fleming’s arrest. Fleming was subsequently located and apprehended by members of the Special Operations Division. After an interview with detectives, Fleming remained uncooperative, kicking and breaking the door to the interview room.
Fleming was booked with aggravated battery (felony), armed robbery with a firearm (felony) and simple criminal damage to property under $1000 (misd). As of early afternoon today, bond had not been set.
This investigation is ongoing, and anyone with information about this crime is asked to call the St. John the Baptist Parish Sheriff’s Office TIPS line at 985-359-TIPS or the Criminal Investigations Division at 985-359-8769. Citizens can also submit tips on the Sheriff’s Office website, https://proto.stjohnsheriff.org/submitatip.php.