Kayon Johnson Arrested for Murder After Overdose Death of Man 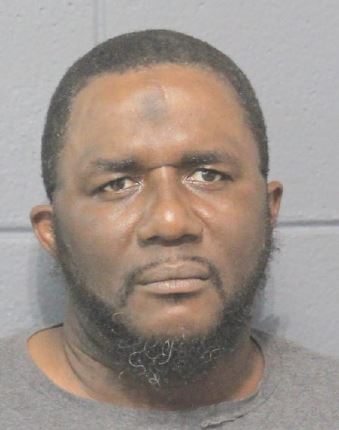 The St. John Parish Sheriff’s Office has arrested a LaPlace man for murder following an overdose death that occurred in November 2020.
Kayon Rasheed Johnson, 43, of LaPlace, who sold the victim the drug that killed him, has been charged with second-degree murder under subsections of the law that allow for the prosecution of individuals, if their actions in selling or providing narcotics lead to the death of a human being.
On November 23, 2020, Kyle Vicknair, 30, of LaPlace died at his residence from an apparent fentanyl overdose. The cause of death, however, at that time, was pending toxicology results from the St. John Coroner’s Office. In December, the coroner’s office contacted detectives with the toxicology report, and they determined the death was a direct result of fentanyl toxicity. Fentanyl is a synthetic opioid similar to morphine but is 80 to 100 times more potent.
Through investigation, detectives determined that Vicknair purchased the fentanyl from Johnson and used the fentanyl that led to his deadly overdose.
On March 8, 2021, detectives appeared before a grand jury and an indictment was issued for Johnson’s arrest. With assistance from the Jefferson Parish Sheriff’s Office, detectives arrested Johnson Wednesday, March 10, 2021 in Metairie. He was booked with second-degree murder, and is also being held for violation of probation/parole. Johnson is being held in custody in lieu of an $80,000.
“While building an overdose case is very difficult, our detectives worked hard to bring the individual responsible for Kyle Vicknair’s death to justice,” said Sheriff Mike Tregre. “This arrest sends a message that we will diligently pursue drug dealers who come into our community to distribute these deadly drugs.”