Man Arrested After Standoff with Police and Escape from Behavioral Facility 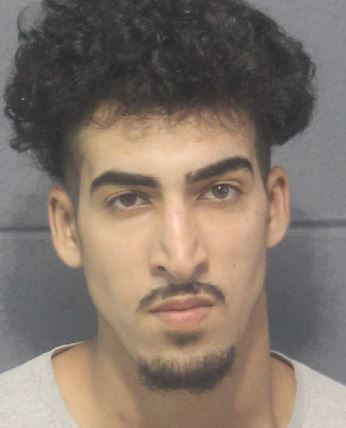 Sheriff Mike Tregre announced a man who fired a gun inside a local business, fled the scene, then barricaded himself, threatening to commit suicide inside his home during a standoff with police, and later escaped from a behavioral health facility has been arrested.
Marouane Dziri, 21, of LaPlace, wanted for aggravated assault with a firearm (felony), aggravated criminal damage to property (felony), and illegal use of weapons, was located at his Ridgefield Drive home and arrested July 29, 2020 by the U.S. Marshals Task Force with assistance from the St. John Parish Sheriff’s Office. He is being held in custody in lieu of a $35,000 bond.
On Wednesday, July 15, 2020, about 4:15 p.m., officers responded to a local business in reference to an irate former employee, identified as Dziri, firing a gun inside the business. Upon arrival, officers learned Dziri entered the restaurant and began yelling at personnel. Dziri pulled out a gun and began waving it towards employees and customers. He then slammed the gun on a counter, and the gun discharged. Dziri then fled the scene. Customers and employees inside the business were not injured. Shortly after the incident, about 5 p.m., officers located Dziri, threatening suicide and barricaded inside his residence in the 1400 block of Ridgefield Drive.
Crisis negotiators arrived on scene, and patiently talked to Dziri for the next five hours to de-escalate the situation for a peaceful surrender. During the standoff, officers also used drones and robots to assist in clearing the residence. Dziri came out of the house willingly and surrendered about 10 p.m.
Dziri was taken into custody and transported for treatment/evaluation at a behavioral health facility in St. James Parish. The SJSO learned Dziri escaped from the facility on July 20, 2020.
Two other occupants of the Ridgefield Drive residence also were arrested. Dziri’s girlfriend, Suzanne Mitchell, 42, was charged with obstruction of justice (felony) and harboring a fugitive. Dziri and Mitchell’s room mate, Trevell Smith, 23, was charged with obstruction of justice (felony) and harboring a fugitive. Both are being held in custody in lieu of a $10,000 bond.