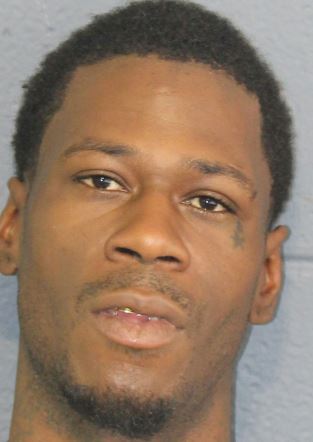 Carlshane Jarmar Dennis and Darrius Tramaine Williams, both of Reserve, were arrested Saturday, January 18, 2020 in connection to a drive-by shooting that left three men injured and one man dead in May in a Reserve neighborhood.
On May 29, 2019, about 10:30 p.m., deputies responded to the 300 block of Homewood Place in Reserve in reference to gunshots heard in the area. Upon arrival, deputies learned that several shots were fired from a vehicle towards a crowd of people standing outside a residence. No victims were located in the area. Shortly after, officers responded to Ochsner Medical Complex in reference to four subjects suffering from gunshot wounds. The injured victims were two 21-year-old males and one 19-year-old male. They were treated and released. Another victim, Kyree Jones, 20, of Reserve succumbed to his injuries.
Based on investigation, detectives developed Dennis, 31, a convicted felon, and Williams, 26, as suspects, and judicial warrants were obtained for their arrests. Williams was charged with second degree murder (felony) and three counts of attempted second degree murder. He is being held in custody in lieu of a $2,500,000 bond.

Dennis was charged with second degree murder (felony), three counts of attempted second degree murder and possession of a firearm/carrying concealed weapon by a convicted felon(felony). He is being held in custody in lieu of a $2,525,000 bond. Since 2007, Dennis has been arrested 15 times. He has been charged seven times since 2007 with possession of a gun during the commission of a crime. In 2013 he received a felony conviction for illegal possession of stolen things over $1,500. His last conviction was October 4, 2016 for possession of a firearm by a convicted felon. He was sentenced to 10 years with the Department of Corrections and released on parole April 11, 2019.