Steven Wayne Treadway, 39, of LaPlace was arrested June 12, 2017 in connection with a narcotics investigation. St. John Sheriff’s Office Special Operations detectives had been investigating Treadway for illegal possession, distribution or manufacturing of narcotics since early May.

On June 12, 2017, Special Operations detectives obtained and initiated a search and seizure warrant for Treadway’s residence in the 1000 block of Lilac Street in LaPlace where they made the arrest. During the search, detectives discovered three plastic bags containing about eight grams of methamphetamine, a clear plastic bag containing about 38 strips of LSD, and scales, pipes and other drug paraphernalia, and a Ruger .380 caliber handgun. He also had several hundred dollars in his possession.

Treadway was arrested and booked with possession or distribution of drug paraphernalia 1st offense (misdemeanor), illegal carrying of weapon with a controlled dangerous substance, possession of firearm/carry concealed weapon by convicted felon (felony), distribution of LSD (felony), distribution/ manufacture of methamphetamine (felony). He is being held in custody in lieu of a $71,500 bond. The investigation is ongoing, and additional charges are pending. Treadway’s previous felony convictions are for theft and possession of a schedule/controlled dangerous substance, MDMA. 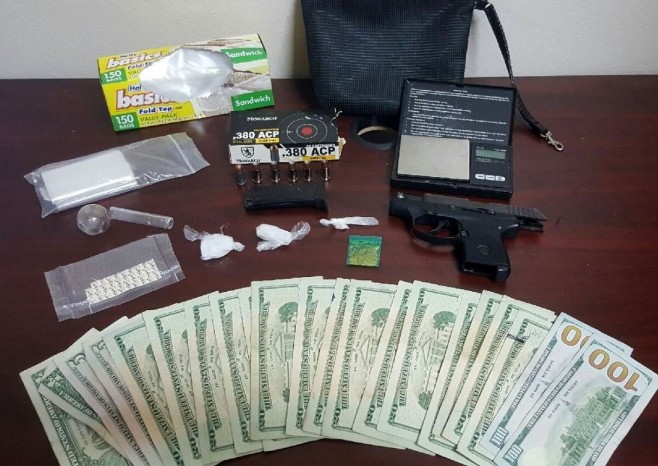