2016 Officer of the Year Awards Ceremony 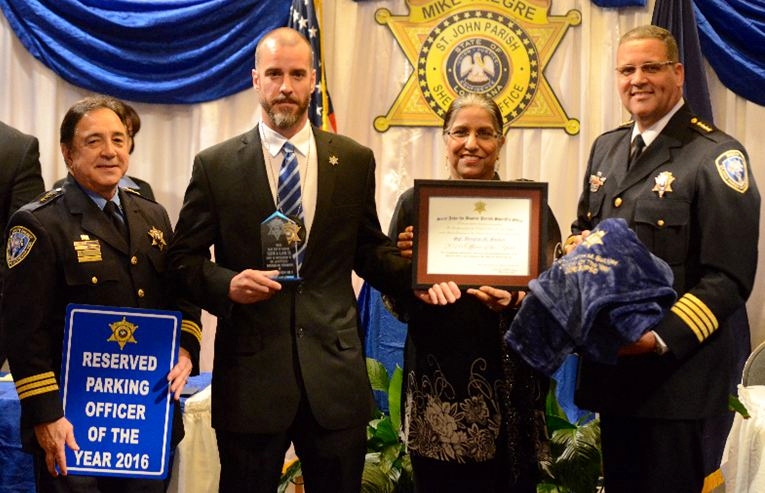 The highest award in the Sheriff’s Office, the Medal of Honor, was presented by Sheriff Tregre and Parish President Natalie Robottom to Jennifer Chauvin, the wife of the late St. John District Fire Chief Spencer Chauvin who also was a reserve officer, and Spencer’s family. This award is presented when a candidate has lost their life in the performance of his or her duties. It is presented for exceptional service, which is considered extremely hazardous, above and beyond the call of duty with the loss of life.

Two St John Sheriff’s Officers and one Civilian were honored with Lifesaving Awards at the Awards and Dinner ceremony for thier outstanding service to St John Parish.

Also recognized were the 2016 Officers of the Month


Also recognized were the 2016 Officers of the Quarter

Officers of the 1st Quarter 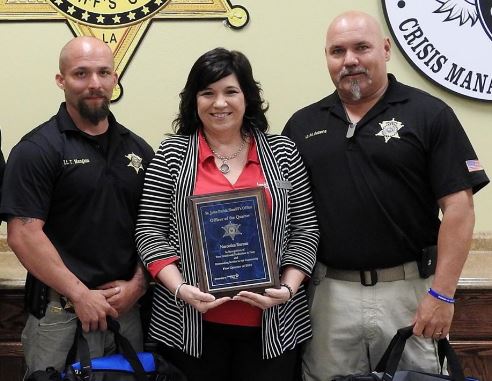 Special Operations Division
The Special Operations Division was named Officers of the First Quarter, and the division also received the first Unit Commendation Award.  The division was honored with both awards for exceptional work in taking illegal drugs and guns off the streets of our community. A few of this division’s major achievements were seizing thousands of Xanax pills worth more than $1.1 million and arresting 10 people, ending this nationwide Internet distribution system; stopping a large cocaine and heroin operation and recovering cash, firearms, and drugs valued at $480,000; and dismantling another drug and gun network responsible for several violent crimes in St. John Parish. Overall, in 2016, investigations conducted by the Special Operation Division led to the recovery of $600,000 in currency, about 100 firearms from dangerous criminals, about $2 million in narcotics and the arrest of more than 200 people.

Officer of the 2nd Quarter 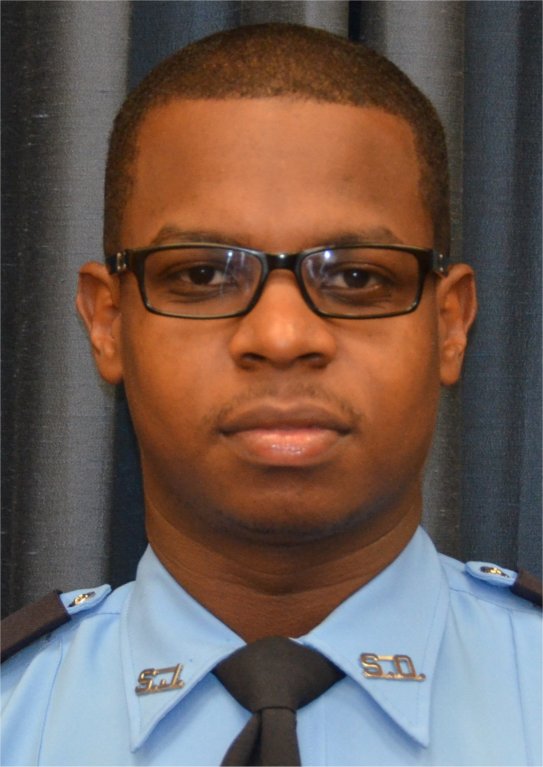 Patrol Deputy Terence Calais was honored as Officer of the Second Quarter for outstanding work in making four arrests in connection with the seizure of two stolen guns and marijuana. This investigation began from a traffic stop. On June 5, 2016, while patrolling alone in a high crime area of Garyville, Deputy Calais observed a vehicle occupied by four males disregard a stop sign, and he initiated a traffic stop. While doing a computer check, Deputy Calais learned the driver had an active warrant for unauthorized use of a movable and a passenger had a fugitive warrant from East Baton Rouge for simple burglary. Deputy Calais also noticed another passenger seated in the rear of the vehicle making sudden movements, appearing to be nervous, and preparing to flee from the vehicle. Deputy Calais then called for assistance. Once back-up arrived, deputies detained all suspects. Once the subjects were removed from the vehicle, Deputy Calais could smell marijuana emitting from the vehicle. A further investigation by Deputy Calais revealed the subjects in the vehicle were attempting to conceal two guns, an assault rifle and a handgun.  Deputy Calais then conducted a check that revealed the handgun was reported stolen from Jefferson Parish.  Deputy Calais utilized vigilant police work during a dangerous situation.

Officer of the 3rd Quarter

Detective Douglas Buckler of the SJSO’s Special Operations Division, the Officer of Third Quarter, was named Officer of the Year. Buckler was honored for outstanding work, particularly during an investigation into a criminal network consisting of several individuals with violent histories in St. John Parish.

Officer of the 4th Quarter 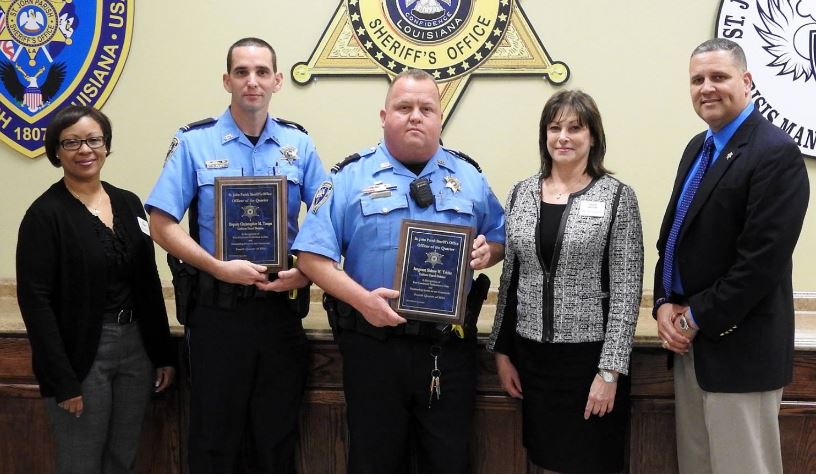 Patrol Deputies Christopher Toups and Sid Triche were recognized as Officers of the Fourth Quarter.  Deputy Toups and Sgt. Triche were chosen Officers of the Fourth Quarter for going above and beyond to assist an ill elderly man during a welfare check. On December 9, the officers responded to a LaPlace residence in reference to a welfare check. The man, who uses a wheelchair, was left in the care of family members while his wife was in the hospital for a few days. Upon arrival, Deputy Toups and Sgt. Triche observed the man laying in a bed in unsanitary conditions. After processing the scene and completing paperwork, they collected the soiled sheets from the bed, disposed of them, and flipped the mattress so the man would have a clean place to sleep since this bed was the only one in the home. 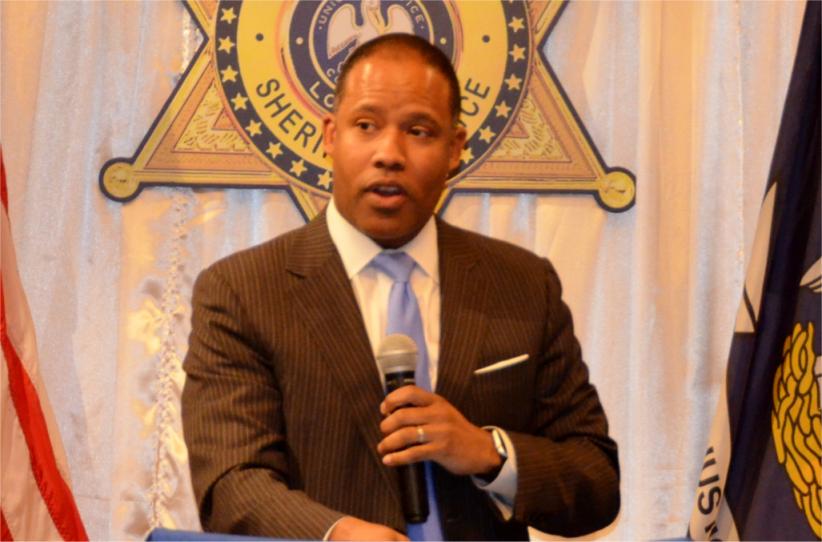 Special thanks to Maddie Millet, who sang the National Anthem, and our 2016 Honorary Sheriff’s for the Day, Matthew Schexnayder of St Joan of Arc  and  Katelyn Wale of Riverside Academy, who led us in the Pledge of Allegiance. 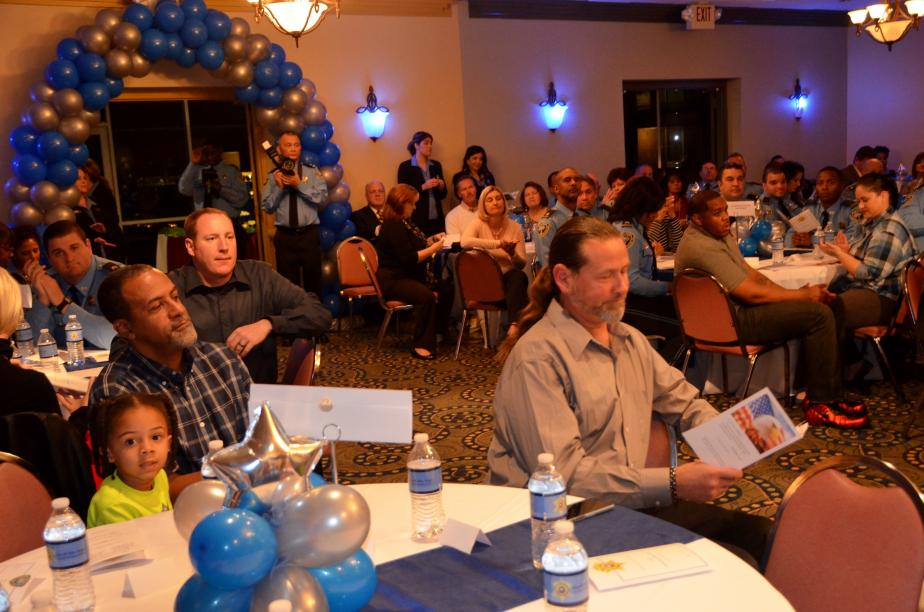 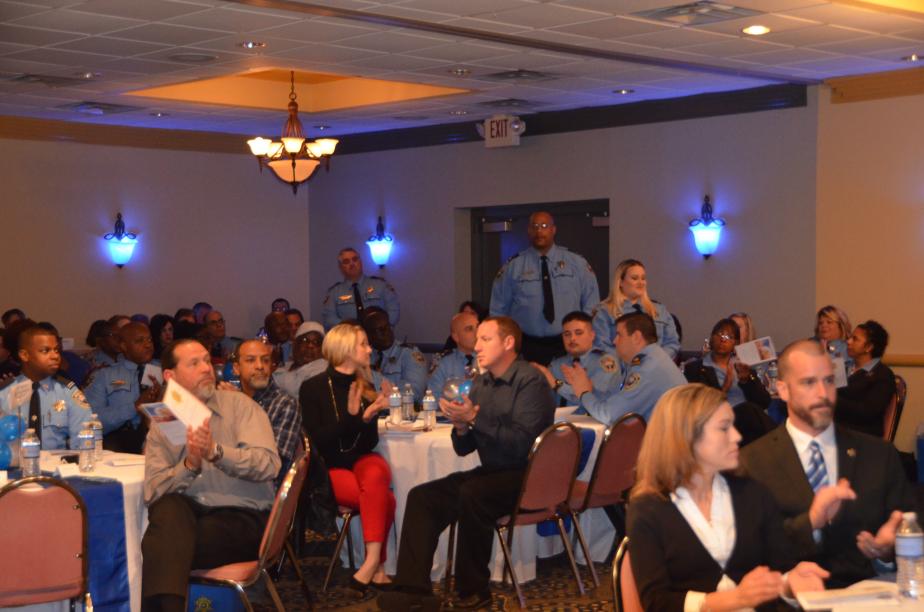