On Thursday, March 27, 2014, St. John the Baptist Parish Sheriff’s Office narcotics detectives responded to Whitlow Court in LaPlace for the report of male subject selling drugs from a black Chevrolet S10 pickup truck. Detectives located the male subject in the described truck parked at a residence on Whitlow Court. When the truck was leaving the area, detectives attempted to stop the truck on Airline Highway, but the driver refused to stop. The driver stopped after a pursuit that led detectives to the 300 block of East 26th Street in Reserve. 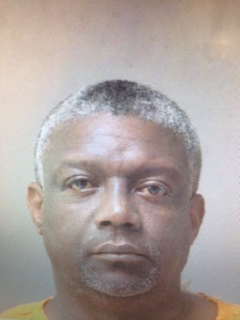 Detectives recovered .8 grams of powder cocaine and four rocks of crack cocaine, about $280 worth, from the truck. Detectives arrested the driver of the truck who was identified as Mauldon Jones Jr., 47, of Sweet Lorraine Drive in Reserve. He was booked with distribution/manufacture schedule II CDS, possession of drug paraphernalia, careless operation, turn signal required, and an outstanding bench warrant. Jones remains in custody in lieu of a $52,000 bond. He was arrested 45 times in St. John the Baptist Parish since March 1986.