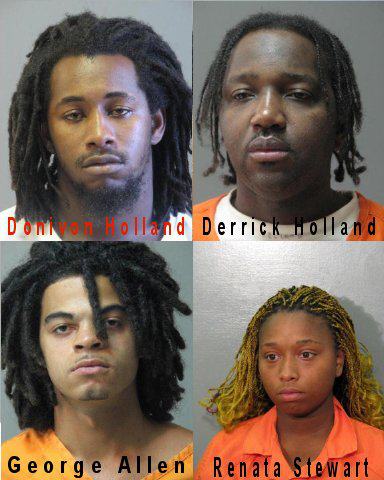 During the search of the residence, Detectives seized approximately 113 grams of Marijuana, 1.4 grams of Cocaine, two scales, and one loaded .357 revolver.

In addition to the above charges, Derrick Holland was also booked with PAROLE VIOLATION
Bonds were set for all four at $101,500.00 by Judge Sterling Snowdy.